As the Lonely Fly 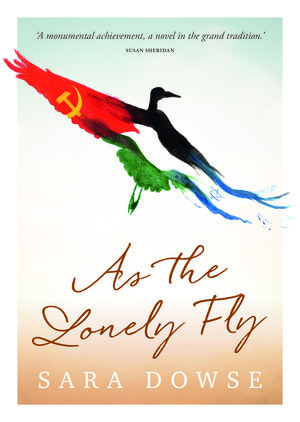 The book about my grandfather’s sister Lisa took a full quarter century to see the light of day, after I’d given up hope it would ever be published.  I’d interviewed people on my travels who’d known Lisa or a good deal about her, but apart from her letters I couldn’t access any documentation. The archives in one place was closed, a fixer in another sent me on a wild goose chase, and so it went. The manuscript I came up with was a meld of fact and fiction – at odds with the direction publishing was taking at the time.  Penguin took one look at it and cancelled my contract.  I decided then to make it a novel, yet after many redrafts, when I still couldn’t find a publisher, my agent told me to look for a small press prepared to take the risk with a novel that raises important questions about Israel.  Jennifer McDonald of For Pity Sake was just such a publisher, and a dedicated, caring, fun one at that.

As the Lonely Fly explores the lives of two sisters and their niece after their separate flights from Russia and spans the three continents I’d travelled to. Clara, the character based on Lisa and who lies at the core of the novel, leaves for Palestine in 1922. Around the same time, her younger sister Miriam migrates to America. A few years later Zipporah, their niece, follows Clara to Palestine. The book has been described by one generous reader as ‘a work that unfolds with beauty and depth, magnificently imagined, sweeping in its scope and scale, like a classic Russian novel.’

In 2017, when As the Lonely Fly was released, it wasn’t widely reviewed – after 25 years since Digging came out, my profile scarcely existed.  Still, the review syndicated in the Fairfax papers and quoted from here, has made me feel that all the work was worth it.

The subject matter alluded to could explain two other reviews that weren’t quite as generous. In an otherwise favourable one in the Australian Book Review the writer was somehow compelled, wrongly as it was, to criticise the spelling of the Hebrew-to-English transliterations I’d used.  An especially snarky one in the Australian had all the signs of a reviewer’s careless skimming. To be fair, I’d been bracing for this sort of thing.  After all my years of research I had come to feel that, despite all the reasons for its creation, Israel as a Jewish-privileged nation was and remains a grievous mistake, and my great-aunt wasn’t the only one to predict that.  But until now, when Israel has been incontrovertibly exposed as an apartheid state, questions raised in the book have been fiercely resisted.  That said, my bruised ego was salved by a later review in the online Whispering Gums and easily googled

” … a novel that adroitly eludes the many pitfalls presented by its subject matter …  Dowse reminds us that social justice remains a persistent and powerful force.  The work might be Dowse’s best, and certainly it represents a tour de force.  Like the crane on the cover, the book soars.”

Age, Canberra Times, Sydney Morning Herald
‘No recent novel has been at once as searing in its critique of political illusions but adamant about the permanence of political ideals … all the more resonant because Dowse never forgets her characters are suffering and vulnerable and desiring … Dowse is one of Australia’s most ethically aware and politically sharp writers, and this book is the major, oeuvre-crowning and above all compelling story for which her devoted readers have been waiting.’ – Nicholas Birns, editor Antipodes, author Contemporary Australian Literature: A World Not Yet Dead

‘This arresting book offers perspective of the Arab-Israeli conflict through the eyes of three Russian-Jewish women who end up on different sides of the fence, literally. Their words and emotions shine a light on a dark landscape.’
The Hon. Michael Kirby AC CMG, Australian jurist

‘Twenty-five years in the making, As the Lonely Fly represents the distillation of Sara Dowse’s talent. This is writing of international importance.’ Robert Hefner, Literary Editor, Canberra Times, 1988-2000